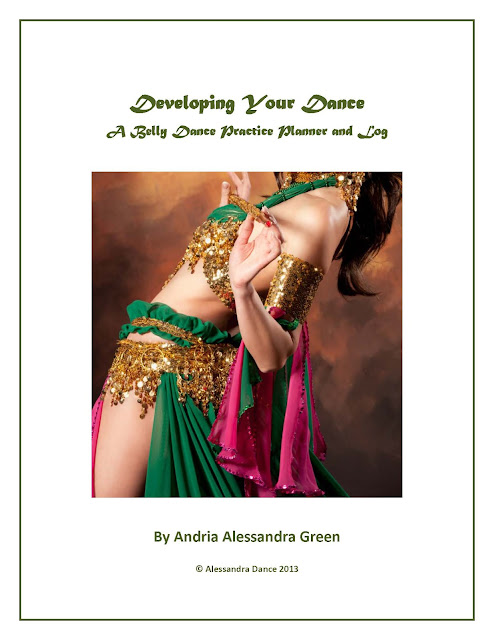 I'm so excited to announce my new ebook launch - Developing Your Dance: A Belly Dance Practice Planner and Log.

Have big belly dance dreams? But not actually working on them? Tired of the same old practice rountine that leaves you feeling flat and uninspired? Or maybe you're just flat-out not practicing at all?

If you answered yest to any or all of those, you aren't alone. At one point, I was answering yes to all those questions. I was practicing sporadically, without much clear direction on what it was I was trying to accomplish. I knew it had to change and I needed the right tool to get me there. Thus I created Developing Your Dance: A Belly Dance Practice Planner & Log. Originally I had intended it just for my own personal use. But seeing how much it had helped me, I decided to make it all sparkly and shiny and share it with you!

Why should I want this you ask? This product isn't like anything else currently available. In fact, that's why I created it: I went out hoping to purchase it and it didn't exist. The guidebook and practice planner will help you get really clear about what your belly dance goals are and what you need to do to achieve them. Topics covered in the guidebook include:

Here's what you get: 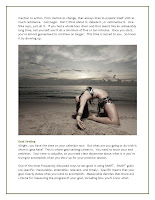 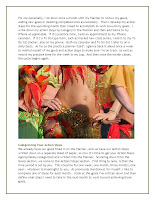 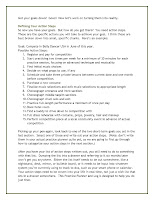 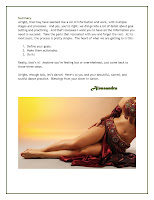 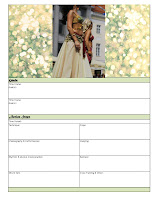 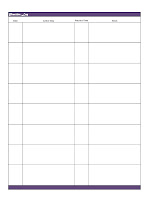 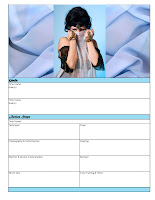 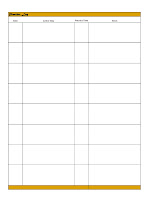 This is a small investment with a big payoff. It's less than the cost of one drop-in dance class. Your dance is worth it. Ready to give it a try? Developing Your Dance can be purchased using the PayPal link below. Your materials will be emailed to you within 24 hours of your purchase.


Purchase your copy today for only $10!

Posted by Alessandra at 7:55 AM 0 comments 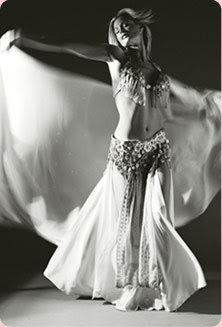 The Introduction
California-based belly dancer, Dolphina has shimmied across continents and into the homes of many with her Goddess Workout line of DVDs.  She's the star of four belly dance DVDs and one burlesque DVD. She's been featured on Sex and the City, taught numerous celebrities, and appeared on Conan O'Brien.  She's also a published author of a belly dance book, and a producer of a series of belly dance CDs.  To learn more about Dolphina, her products, and her company, GoddessLife, you can check out her website.

The Interview
At times, Dolphina's approach to belly dance has been considered controversial by the belly dance community.  She's been criticized for being too light on technique and too heavy on hippie-love and sex appeal.  Contacting her for the interview, I wanted to find out what she had to say herself.

Alessandra: Let's start at the beginning.  How did you originally get started with belly dancing?
Dolphina:  I grew up with a very different kind of lifestyle, as my parents moved our family to Morocco to live in a commune.  From an early age, my sister and I were street performers.  My sister did contortions and I balanced items on my head.  But my first real training was when I was 17 and I moved to NYC and started taking actual classes.

Alessandra: You've lived in quite a few places, correct?  Where all have you lived?
Dolphina:  I was born in San Francisco, moved to Morocco as a child as mentioned, then to New York as a teenager.  I also lived in the Caribbean for one year and one day, where I had my near fatal boating accident. (You can read about the incident here, as well as the rest of her time spent living on an island.)
Alessandra: With living in all these different locations, have you found any of them to be particularly good or particularly bad places to be a dancer?
Dolphina:  All places bring out different aspects of the dance.  New York obviously has all forms of dance.  There is dancing everywhere in NYC and it's taken very seriously.  It's a very competitive city to be in.  I think different places honor different parts of the dance, so it really depends on what you are looking for.

Alessandra:  Throughout your dance career, what dancers have either inspired you in the past or are currently inspiring you?
Dolphina:  My very first inspiration was a Berber woman dancing at a souk in Morocco.  I was entranced and mesmerized by the beauty of her and her dance, to the point that I got actually got separated from my parents, only to declare, when they finally found me, that I wanted to marry her!  Other inspirations to me have been Ibrahim Farrah, Samara, and Jehan Kamal.

Alessandra: You have a successful line of videos called the Goddess Workout series.  In fact, it was the very first belly dance DVD I ever owned.  With this, you've created your business and DVDs around the concept that "every woman is a goddess".  What made you decide to pick this direction and mission?
Dolphina: I believe that true leaders create more leaders, not followers, and this is where my purpose lies.  I want to create more leaders among women and empower women.  I look at the purpose of my DVDs as being an introduction.  A place where women can feel good about their bodies and gain confidence.  My gift is not about teaching perfect dance or technique, but it's about having the dance spread and allowing women to embrace their femininity.  I want to make ordinary women feel extraordinary.  Many dancers who start with me choose to continue on with another teacher for more in-depth training later, and that's perfectly fine.  That's just not my mission. I look at my DVDs as not just a dance or workout class, but as an escape.  Whether you're a stay at home mom or a CEO, I wanted to give women a feeling that this is time for themselves.  Not a time to try and be perfect.  Women have enough of those pressures in their daily life.  That's my real passion.

Alessandra:  What has been your biggest challenge with either belly dancing itself or running a belly dance based business?
Dolphina: I've come to terms with it by this point in my career, but dealing with other belly dancers judging and being mean and critical.  I've had other dancers decide that I was doing something "wrong" by focusing on my message of empowerment, rather than technique or history of the dance. But I think there's room for all of us.  We should all be sisters in the dance.  As dancers, we are already on the fringe anyway, so it's a waste of energy to compete or argue.  We should band together.  When you put yourself out there, you're going to get both positive and negative reactions, so I choose to focus on the woman who wants what I have to offer.  I once had one woman tell me I was capitalizing on her culture, but I don't feel that anyone owns belly dance.  I don't look at it as a piece of pie that a few people take until there's none left.  I believe there's room for everyone to express themselves in some capacity, and that's the Goddess Workout philosophy.  It's not about competing or comparing, but growing together.
Alessandra: So what do you feel is the role or importance of technique?
Dolphina:  Belly dance is an expression of the woman who is dancing. Ideally, I'd like to see both technique and expression in a dancer, but if I had to pick one I'd go with the dancer who has something to say.  Dance is unique to the individual, sometimes it's sexy, sometimes it's playful.  Sometimes it's a moment in a song where you have your breath taken away.  Overall, it's just very personal.

Alessandra:  Belly dancers usually seem to have some funny stories related to performances, audience members, and belly dance in general.  Anything come to mind for you?
Dolphina:  (Laughing) Oh, like crazy showgirl stories?  Oh yes, they happen all the time.  One time I was playing my finger cymbals and one flew off my finger and took off like a flying saucer.  It hit an audience member's water glass and broke it.  Everyone thought I did in on purpose and was clapping.  Another time I was dancing in a place with a bunch of Christmas lights dangling down and I ended up with them tangled in my hair. I was decorated like a Christmas tree and I was stuck.  Literally stuck.

Alessandra:  And the final question I've been asking everyone.  What advice would you give to beginning belly dancers?
Dolphina:  Keep dancing.  Dancers can be very enthusiastic when they first start and want to gobble it all up and devour everything.  But take your time.  When things seem right and easy, go in that direction.  If it feels hard and that your forcing it, then back off.
Alessandra:  And what about experienced dancers looking to turn professional?
Dolphina:  If you're ready to make that leap, you have to jump.  When you are pursuing any dream, you're never going to feel ready.  But you can't improve on something until you try it.  In belly dance, there's always concerns over competition.  But I believe that there's always a way to make it work for you without stealing from another dancer by finding your own place in the dance.  And last I would say, find a mentor.  Either a dancer or a business owner, but someone you can look up to and ask questions. 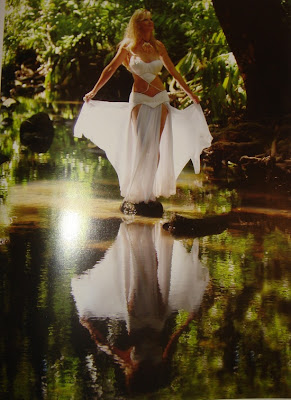 Posted by Alessandra at 9:31 AM 2 comments