The Blessings of Illness 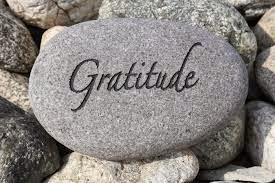 As we approach the Thanksgiving holiday, I always like to take a break from dance related topics and take a moment to reflect deeply on gratitude. If you'd like to read last year's post on gratitude, you can find it here.  Additionally, if you previously read my post regarding my goals for the year, you already know that boosting my gratitude practice has been on my radar for the entire year and not just for the upcoming holiday.

It can be easy to feel gratitude when things are going well.  That's why for this post I wanted to focus on expressing gratitude in those times when it's hardest to do so: when we face adversity, opposition, and trials.  The times when we feel beaten down and strung through the ringer.  When we'd rather cry than crack a smile.

While I've had some great moments and accomplishments this year, I've also been experiencing my fair share of trials and tribulations.  Starting back in March, I began having stomach issues.  My symptoms have been so severe that there are days I can't really function as a normal human being.  So severe that I've been tested for everything under the suspicion that I may have Crohn's Disease, cancer, or some other terrible illness.  I've had to cancel multiple sets of classes and shows.  I've been late to work and had to back out of plans with friends and family.  There are some days I feel racked with anxiety at the thought of leaving my house because I don't know how I might feel later in the day. I've cried during a friend's wedding ceremony, not out of joy for the happy couple, but out of crippling pain.

However, after months of testing, the only diagnosis my doctors can come up with is IBS-D. While I'm certainly happy and relieved that I don't have cancer or something else of that nature, I'm also frustrated with this diagnosis because it doesn't really mean anything and it doesn't correlate to any specific treatment.  Thus, I'm continuing to search for answers and a course of action that can get my body back on track.

Since the process of trying to figure out what's wrong with me has been so drawn out there have been many days where I've felt beaten down and emotionally brittle.  Where I've sat on the couch and cried because when I look into my future, it's hard not to see never-ending day after day of continued illness.  But it's because of this that I feel it all the more important to focus on what I have to be grateful for in my life, and even more specifically, what I have to be grateful for from undergoing this illness.  There have been lessons I've learned and growth that I've experienced because of being sick that I don't think I would have experienced otherwise.  With our national day of thanks just around the corner, let me share my reasons for gratitude with you.

So there's my list. Especially on my bad days, I try to keep these thoughts in the forefront.  Whatever trials you may personally be going through, I hope you can find your own list of positives to help you find your way through to the other side.  Blessings to all in this holiday season. 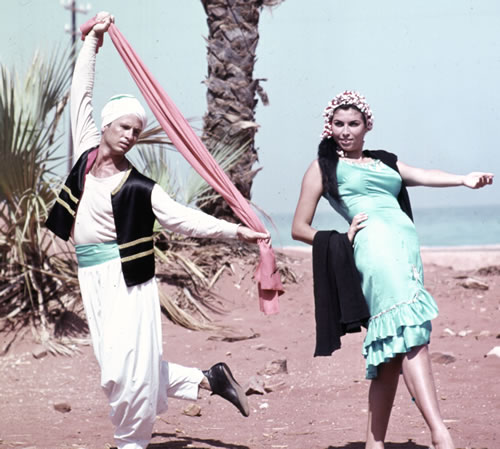 Mahmoud Reda was born in 1930 in Cairo. He is famous for being a dancer, choreographer, and actor, as well as founding the world-famous Reda Troupe.

Through the influence of his older brother, Ali Reda, who was dancer, and the American stars Gene Kelley and Fred Astaire, Reda was drawn to dance and movement from an early age.  He originally trained as a gymnast, representing Egypt in the 1952 Summer Olympics. He also attended Cairo University and received a degree in Political Economics.  Shortly after graduating, he joined a South American dance troupe and began touring Europe with them.  Shortly thereafter, Reda hoped to start his own dance troupe, but due to lack of funds, he had to work as an accountant for Royal Dutch Shell.  As an accountant by day myself, I love this fact about Reda!  However, Reda's life was about to change.

Around 1957, Reda met Farida Fahmy, who become his dancing partner.  Reda was married to Fahmy's sister, Nadeeda.  Reda and Fahmy, along with Ali Reda, started the Reda Troupe in 1959. The troupe began with 12 dancers and 12 musicians and combined traditional Egyptian folk dances with Western dance styles, predominately ballet.  It was this fusion of styles that made the Reda Troupe, and Reda himself, famous.  As Reda described it in his own words, traditional Egyptian folk dances weren't made for the stage. Trying to put them on stage resulted in the outcome that "they look odd, they look strange".  But by adding in some Western stylizations from ballet and from Reda's idols Kelley and Astaire, Reda was able to infuse these traditional dances with the extra zing needed for success on the stage and big screen.

Also aiding the troupe's success was the social standing of Fahmy and her family, which helped desensitize the public's reaction to the normally stigmatized profession of dance.  This fact, combined with the grace and elegance encompassed in the Reda dancers, made the troupe shows acceptable for both men and women to attend. In fact, the troupe was so widely accepted and acclaimed, that in 1961 the Egyptian Ministry of Culture decided to sponsor the troupe. In the same year, the troupe starred in its first movie, followed by subsequent movie roles in 1963, 1965, and 1970.

Let's take a look, at some clips from these movies.  This first clip is Reda and Fahmy from the 1965 film Love in Karnak. You can strongly see the ballet influence in this dance through the carriage, arm movements, turns, and positioning of the feet.

This second clip highlights Fahmy, while also including Reda and the Reda Troupe. It's a scene from the 1963 film Mid-Year Holiday.


The third clip is also from Love in Karnak. The first minute showcases some of Reda's gymnastic ability.  Then if you want to skip ahead through some of the dialogue, the dancing begins again at the 4:00 minute mark, as Fahmy makes her entrance. All the dances in this movie were choreographed by Reda. ﻿


In 1972, Reda stepped down as the principle dancer of the Reda Troupe, but continued to choreograph and direct performances.  By this time, the group had grown to upwards of 150 dancers, musicians, and stage crew members. The Troupe went onto tour the world, giving performances as far away as Carnegie Hall in New York and parts of China.  Reda has also received a vast number of awards for his work, including Egypt's Order of Arts and Science in 1967, The Star of Jordan in 1965, and the Order of Tunisia in 1973. In 1999, he was honored by the International Dance Committee/Unesco and by the International Conference on Middle Eastern Dance in May 2001.

In 1990, Reda retired as director of the Troupe.  He has however continued to teach workshops internationally.   I had the privilege of studying with Reda in 2010. I've included a picture of myself and the famous star below. 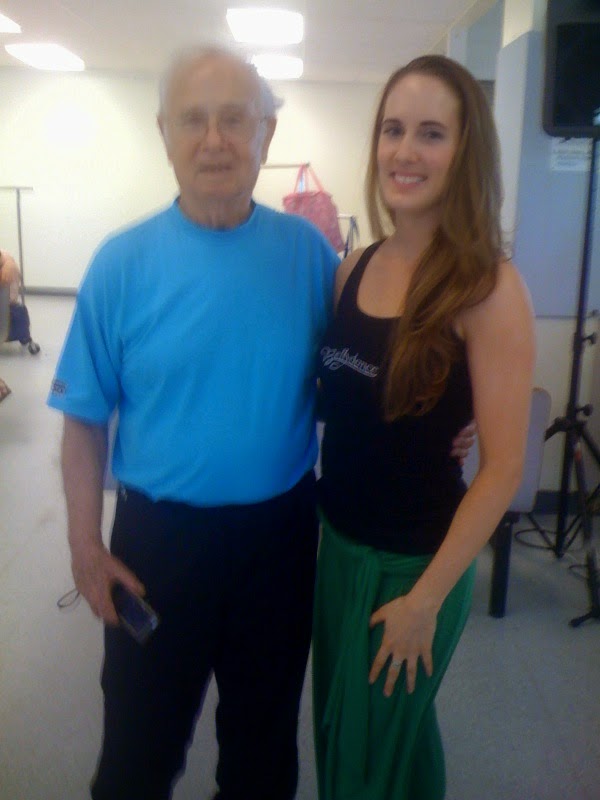 From this discussion, I think it can be seen that Reda has acted as a crucial cornerstone for furthering Egyptian dance, in terms of Egyptian folkloric dance, stage performance, and I would also add, modern belly dance.  While Reda and his troupe didn't focus directly on raqs sharqi per se, his influence has been dramatic in defining modern belly dance for future generations of dancers though his choreographies, movies, and training of belly dancers. His students and former troupe members include Dina and Randa Kamel.  Along with Badia Masabni, I believe he's been the most influential architect and creator of what movements, vocabulary, and technique have been encompassed into raqs sharqi.  Both Reda and Masabni's work blended in Western elements and added footwork and floor patterns, carrying the dancer across the stage, and ultimately making it the dance we know and recognize today.  Reda's work has also helped to foster interest in Egyptian folkloric dance among belly dancers, making folkloric dances like baladi and raqs assaya frequently common place within a belly dancer's set.

The Reda Troupe was a pioneer dance troupe, and Reda was truly the founder of a new genre of dance. Sadly, the Reda Troupe exists only in name today.  However, it has gone on to inspire countless other folkloric groups in universities and schools all over Eypt.  It can't be denied: Reda left a legacy in the realm of Egyptian dance. 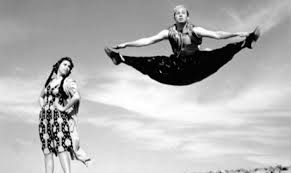 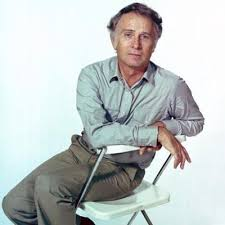 Posted by Alessandra at 5:44 PM 0 comments