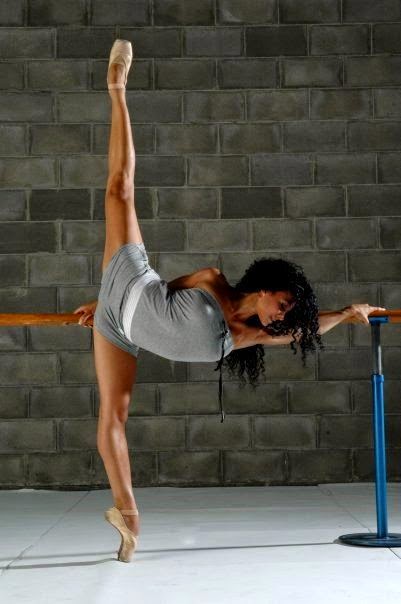 Ready to take your dance to the next level? Do you have a desire to deepen your body awareness, strengthen your muscles, and shape your overall physique? Then mixing some cross-training into your weekly dance practice might be just the thing for you. What is cross-training?  Cross-training can be just about any other type of dance, sport, or movement.  But if you really want to sync up your exercise with direct benefits to your belly dance practice, you'll want to keep reading for my list of recommended forms of dance and exercise for belly dancers.

Ballet: There is a great deal of cross-over in movements and posture between belly dance and ballet.  Don't believe me? Read my last blog post on Badia Masabni to discover how she fused the two dance forms to create modern belly dance.  Ballet classes will lift your posture, promote grace and fluidity, increase flexibility, and tone major muscle groups. I take weekly ballet classes at the Pacific Northwest Ballet School and I recommend in-person instruction.  However, there are also two at-home DVD options from the Cheeky Girls DVD line, Ballet for Belly Dancers with Brianna and Ballet Blast with Sherena, that are tailored specifically for belly dancers.

Yoga: A big component of any dance style is flexibility. Want to slide down into the splits while balancing your shamadan? Then regular stretching needs to be on the menu. Yoga is a great low-impact way to enhance flexibility while building muscle tone.  Plus, there is also the added benefit of working on connecting movement to breath, a key component of performing.  These days yoga comes in a variety of forms: vinyasa, Bikram, hatha, heated, cardio-fusion, restorative, and kundalini to name a few. Just about anyone kind find the yoga class that appeals to them. If you can't find a yoga studio you like near you, I would recommend the DVDs Daily Energy - Vinyasa Flow Yoga by Shiva Rea for a more traditional approach to yoga, or Yoga Inferno by Jillian Michaels for a yoga-cardio fusion approach.

Barre: A fusion of ballet, pilates, and isometric strength training, the right barre class will have your muscles literally shaking before it's over. You will see and feel the difference.  I've tried most of the major chains and Pure Barre is my favorite.  Classes can be a bit pricey, so if you are looking for an at-home option, I like Xtend Barre: Lean and Chiseled with Andrea Rogers, which infuses a bit more ballet and cardio than most studio classes.

Other Forms of Dance: Ballet deserved it's own category because it's so fundamentally related to belly dance.  But that being said, just about any other style of dance will aid your belly dance, as it will increase your mind-body connection and promote the development of muscle control and emotional expression.  A few other styles in particular to consider delving into are jazz for rhythm and choreography, modern for level changes and extensions, lyrical for turns and emotional gravitas, burlesque for saucy and sassy stage presence, hip hop for intensifying pops and locks, and samba and other Latin dances for footwork and hip articulation.

Pilates: Is another fine-toning based movement approach that combines strengthening and stretching, and was developed predominately with dancers in mind.  Pilates can be done on a mat, or with the assistance of a reformer machine.  Another great option for preparing your body to execute belly dance technique.

Those are my top cross-training recommendations for belly dancers.  However, whether your personal cross-training choice is on this list or not ultimately doesn't matter. The most important thing is to love and move your body every day.  Dance and sweat it out goddesses! 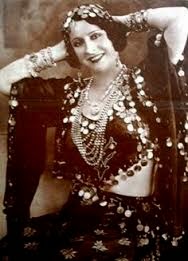 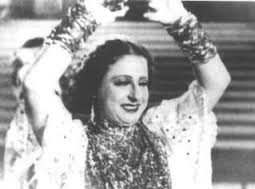 Badia Masabni was a dancer, actress, night club owner, and entertainment industry revolutionary.  She was born in Syria in 1892 (some records say 1894) and she is arguably one of the most important figures in the history of belly dance, as she is credited with being the matron of modern day belly dance.

Badia's life got off to a rough and tragic start. At the age of seven, she was raped by a cafe owner.  This event made her prospects for marriage poor, due to a culture that marked her family with shame and herself as "damaged goods".  However, this meant that she instead turned to dance and theater. After a number of relocations, Badia ended up in Cairo in the early twentieth century, which at the time, was the center of the entertainment industry in the Middle East. Badia began working with various theater ensembles as an actress and dancer, at times traveling back to Syria and Lebanon to perform as well.  It was during one of these trips back to her home in Damascus, that she was attacked and almost killed by her brother who believed he was defending the family honor.

Badia didn't let these early tragedies stand in her way.  Instead, she forever changed dance history when she opened the first Egyptian music hall in 1926.  Badia's main music hall was officially known as Opera Casino, but was also informally referred to as Badia's Casino and Madame Badia's Cabaret.  The casino was modeled after European cabaret clubs, and featured a variety of entertainment, including singers, dancers, musicians, and occasionally comedians and magicians.  Badia's club quickly grew in popularity and became a well-frequented spot for upper-class Egyptians, as well as foreign stars and dignitaries. What many don't know, is that in addition to this club, Badia also owned up to five different clubs at different times: three in Cairo, one in Giza, and one in Alexandria. It was in Badia's nightclub that the famous dancers Samia Gamal and Tahia Carioca launched their careers, and made belly dancers common household names.

But really what made Badia and her nightclub important were the changes she implemented to what's currently known as modern day belly dance, or raqs sharqi or occasionally oriental dance.  Before Badia, the dance was a "shabbi" dance, a dance of the people, or more generally "popular dancing". Badia change this by elevating it to a true performance art and making it stage ready.  Before Badia, the only public performers of belly dance were the ghawazee and almeh.  Their dancing was characterized by standing primarily in one spot while performing hip accents, and they carried their arms in a deep bent "w" shape. Badia changed all this. She encouraged an uplifted carriage. She trained dancers to lift and open their arms, adding in flowing arm movements like snake arms.  She also taught her dancers to use more space on the stage, layering in more traveling steps and footwork.  In general, you can visualize the difference in how you might dance at a house party for a group of your friends, versus how would dance on a stage.  In the house party, you're more likely to keep your arms at your sides and dance in place. But if you were put on stage, you would fill up space, moving across the stage, elongating your limbs, extending your energy to the back of the room, and generally presenting yourself for the audience. Badia took popular local dancing and added style, flair, and drama to make it more suitable for a stage presentation.

Badia is also considered to have introduced the use of veil into belly dance.  Because audience members in the back of the club couldn't always see the fine movements of the dancers, she added in a veil to emphasis the movements.

And finally, Badia is credited with implementing musical change.  Badia began adding musicians who were classically trained on the violin, cello, oud, and accordion into the traditional Egyptian musical line-up of riqq, tabla (or derboukka), and ney (or zurna). These additions created more complex musical arrangements and more musical variety that ultimately came to shape the traditional belly dance set as we know now it, including the taqsim.

Badia's life as a night club owner wasn't without problems as well.  In the 1930s, Badia's nephew, Antoine, fell in love with a dancer in Badia's ensemble, Beba Azzadine.  Based on which account you go with, this pair either took over Badia's nightclub from her based on a power of attorney proxy, locking her from the club, or they alternatively left together, opening their own night club and stealing Badia's clientele.  Either way a low blow from trusted companions.  Later in the 1940s, after a parody skit of Hitler was performed at Badia's nightclub, Badia was placed on Hitler's list of people to be executed. Fortunately, Hitler never made it to Egypt!

There aren't too many videos of Badia performing, due to how long ago she was on stage.  Below is one of the few that is available. It's grainy, but still a gem of belly dance history.


Overall, Badia can easily be called the grandmother of modern day belly dance.  Her club established belly dance as a respected art form, even if sadly, some of that respect has been tarnished over the years.  Badia passed away in 1974.
Posted by Alessandra at 10:51 AM 1 comments