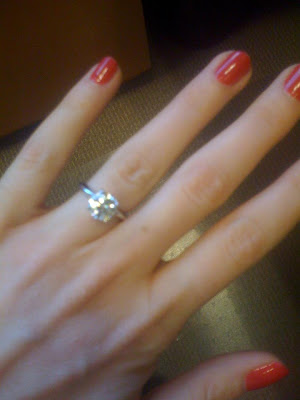 For me, the start of a new year always marks a time for reflecting on goals: what has transpired in the past year and what are my hopes, dreams, and aspirations for the new year.  Every year I always pick a theme.  One word or short phrase as an easy reminder of the direction I'm headed.  For 2011, my theme was Celebrate & Sparkle.  It was a year about reaping the benefits of all the hard work from 2010, enjoying life, and wearing sequins.

So did I do it?  Did I manifest my theme for 2011?  Did I celebrate and sparkle?  I can answer that with a resounding yes!  2011 was a really good year for me.  A year I saw a lot of dreams come to fruition and I feel truly blessed with the abundance that 2011 bestowed upon me.

In review, here's how my theme played out for the year:

The REALLY big things…
And the rest....


There is great power in intention.  What are your dreams?  Write them down, tell a friend, shout them to the universe.  Each journey begins with one step, so take your first one today.

What are my goals for 2012 you ask?  You'll have to stay tuned for New Year Goal Review, Part Two!
Posted by Alessandra at 2:38 PM 0 comments 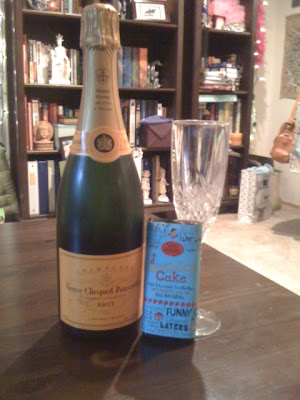 Having recently had my 30th birthday, a birthday that many people don't look forward to, if not downright dread, I wasn't sure how I might feel on the actual day. Maybe I'd wake up and burst into tears at being practically middle-aged. Maybe I'd look in the mirror and see my first wrinkle. Maybe I'd bemoan the fact that I don't have a husband, house, child, or pet.
But in actuality, 30 is pretty good. In fact, in comparison to 20, it's infinitely better in almost all aspects. Let me share.
Career & Finances: At 20, I was working part-time at a job that was pretty good for a college kid, as I was making decent pay and had benefits. It was however downright boring, had no future, and was certainly not going to pay for anything other than the basic necessities in life. At 30, I have two fulfilling careers: one where I'm in management and have a 23rd floor office with a view of Elliot Bay, and another where I get paid to wear sequin costumes. Not to mention, that my current annual income is over five times what I made in college and I have a car that doesn't break down on me.

Relationship: At 20, I spent about half the year dating my ex-finance (yes, he was my ex-fiance at that time and we were still dating) in a tumultuous, emotional, and draining relationship, fraught with tears and arguments, until we finally broke up for the fourth and final time. I spent the other half of 20 with a new boyfriend, wherein our relationship was mostly based on drinking heavily on the weekends. At 30, I'm engaged to a loving and caring man who sends me flowers at work, supports my goals in life, and surprises me with cupcakes. And ladies, let me say the diamonds are much better at 30, as in three-times-the-size better.

Social: At 20, most of my high-school friends had gone off to out of state colleges, while I was still here. Not living in the dorms and working in an office of mostly 40 and 50 somethings, I really hadn't made any new friends and was lonely a lot of the time. At 30, I've made a number of new friends who I socialize with regularly. We do movie nights, girls trips to New York, murder mystery parties, and most recently, I had an out of state friend surprise me by flying up to spend my birthday with me.

Residence: At 20, my parents were going through a divorce and selling their house. I was going to be financially independent from them and I quite frankly didn't know where I was going to live.  It was stressful and it was a mess. At 30, while I don't own my own home, I have a cute apartment in Queen Anne, a neighborhood I simply adore, filled with all the things I love: Dali prints from Spain, espresso cups from Italy, stacks of books, costumes from Egypt, feather boas, and delicate teacups. My very own personal sanctuary.

Hobbies & Playtime: At 20, most of my weekend activities consisted of going out partying and becoming intoxicated. While fun at the time I suppose, it was rather limited, not to mention unhealthy, and certainly something I no longer have a desire to do. Not to say that I don't still indulge in wine or cocktails, but now my weekend activities also include taking trapeze lessons, reading in coffee shops, learning aerial silks, getting paid to perform at parties, cooking classes, and stand-up paddle boarding, to name a few. And the really big stuff? In the last four years I've gone to surf camp in Sayulita Mexico, climbed the pyramids in Egypt, wandered the canals of Venice, and belly danced in Greece.

Physical: Yes, I may not look 20 anymore, and with the way the fashion and beauty industry presents it, they make it sound like I've practically got one foot in the grave. And certainly there are days when I look in the mirror and don't feel elated with what I see. However, I'm actually happier with my appearance today than as I was at 20. I'm much more comfortable in my own skin and I don't have nearly as much negative internal dialogue related to my appearance. As an added bonus, I can still fit into dresses I wore in high school and I can still walk down an aisle in the grocery store and get hit on. But most importantly, I lead a healthy and active lifestyle. My body can still run me up a flight of stairs, swim the length of a pool underwater, and turn over into a handstand.

Self-Awareness: At 20, I was pretty lost. I don't think I realized how exactly lost I was at the time. But looking back now, I see it. As the years between then and now have gone by, I've learned so much more about myself, what I want out of life, who I want to surround myself with, how I want to treat others, and what my passions are. No way would I ever wish to turn back the clock and lose that connection with myself. Inner beauty is ageless.

So the whole point of my post, rather than sound like I'm bragging about myself and tooting my own horn, is that 30 is just a number. Quite a meaningless number really. Happiness and contentment aren't associated with any particular age. We are all on our own paths with our own timelines. So no matter what age you're approaching, embrace where you are, right now. Count your blessings. Celebrate.

Thirty, I think you and I are going to be good friends.
Posted by Alessandra at 10:35 AM 0 comments